“A universal basic income is a better way to reduce inequality than a federal jobs guarantee.”

Bold, progressive economic ideas are having a moment. At a time of record inequality in America, more and more people are looking to proposals that would give much needed help to working families, strengthen the middle class, and mitigate the potential impacts of technology and automation.

Join The Century Foundation (TCF) and NYU Wagner on December 19, from 6:30–8:00 pm, for a debate on the merits of two leading ideas: a universal basic income (UBI) and a federal jobs guarantee.

Which is better? Would giving money to Americans better meet the needs of individuals and their families—needs that the labor market too often fails to provide? Or should the federal government instead guarantee a decent-paying job to everyone—lowering unemployment along the way?

The event, part of TCF and NYU Wagner’s Debates of the Century series, will feature Ioana Marinescu, assistant professor at the University of Pennsylvania, arguing in support of UBI, and Darrick Hamilton, professor of economics at the New School, making the case for a jobs guarantee. Lydia DePillis, senior economics writer at CNN, will moderate the debate.

For the Motion: Ioana Marinescu 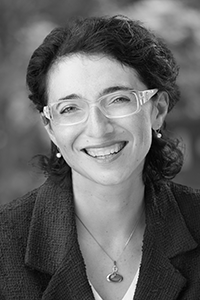 Ioana Marinescu is an economist who studies the labor market to craft policies that can enhance employment, productivity, and economic security. To make an informed policy decision, it is crucial to determine the costs and benefits of policies. Professor Marinescu’s research expertise includes antitrust & the labor market, the universal basic income, unemployment insurance, and employment contracts.

Professor Marinescu’s research has been published in leading academic journals such as the Journal of Labor Economics and the Journal of Public Economics. She writes a monthly op-ed for the French newspaper Liberation (http://www.liberation.fr/auteur/13768-ioana-marinescu).

Professor Marinescu is a faculty research fellow at the National Bureau of Economic Research (http://www.nber.org/people/ioana_marinescu). You can follow her on twitter @mioana and check out her research on her website, marinescu.eu.

Against the Motion: Darrick Hamilton

Darrick Hamilton is the director of the doctoral program in public and urban policy, and jointly appointed as professor of economics and urban policy at The Milano School of International Affairs, Management and Urban Policy and the Department of Economics, The New School for Social Research at The New School in New York.

He is a faculty research fellow at the Schwartz Center for Economic Policy Analysis at The New School, the immediate past president of the National Economic Association (NEA), an associate director of the Diversity Initiative for Tenure in Economics Program, an associate director of the Samuel DuBois Cook Center on Social Equity at Duke University, and co-principal investigator of the National Asset Scorecard in Communities of Color Project (NASCC).

Professor Hamilton is a stratification economist, whose work focuses on the causes, consequences and remedies of racial and ethnic inequality in economic and health outcomes, which includes an examination of the intersection of identity, racism, colorism, and socioeconomic outcomes. He has authored numerous scholarly articles on socioeconomic stratification in education, marriage, wealth, homeownership, health (including mental health), and labor market outcomes.

He has written many articles/opinion-editorials, which include the translation of his research findings from academic journals to popular press publication, examples include Atlanta Journal Constitution, The American Prospect, Axios, The Christian Science Monitor, Dissent, Jacobin, The New York Times, theGrio, the Huffington Post, the Washington Monthly, the Washington Post, and Yes!. 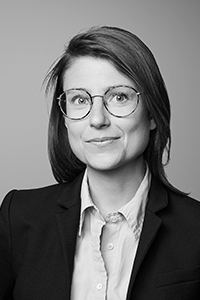 Lydia DePillis is a senior economics writer for CNN. She covers the real economy in America, focusing on how statistics and policy play out in people’s’ lives.

DePillis joined CNN in 2017 from the same beat at the Houston Chronicle, where she wrote about everything from rice farmers to robot startups. Before that, she covered labor and the workplace at the Washington Post, technology at The New Republic, and real estate at the Washington City Paper.

DePillis is a native of Seattle and now lives in the other Washington.