Traffic gridlock and an ailing subway system define New York City’s struggle with overcrowding and a deteriorating transit infrastructure. As these challenges near crisis level, congestion pricing is increasingly touted as a viable solution, gaining support from advocates, city officials, and, most recently, the governor.

The concept, which has been proposed since the 1970s, seems simple on its surface: Drivers would pay a surcharge to enter certain heavily trafficked zones, like midtown Manhattan, during peak times of day. The revenue generated would in turn support infrastructure repairs and transit upgrades. London, Stockholm, Milan, and other cities around the world have all experienced success with this policy—can New York City achieve the same results?

Join The Century Foundation (TCF) and NYU Wagner on February 26, from 6:30–8:00 pm, for a debate on whether New York City should implement congestion pricing to tackle the mounting challenges facing its residents. Can the policy generate the revenue forecasted and simultaneously improve our city’s streets, environment, and economy? Or is congestion pricing not as perfect as it seems, with its impacts unfairly burdening low-income, outer borough residents, and small businesses?

For the Motion: Nicole Gelinas 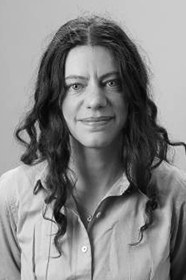 Nicole Gelinas is a senior fellow at the Manhattan Institute, a contributing editor of City Journal, and a columnist at the New York Post. She writes on urban economics and finance. Gelinas is a Chartered Financial Analyst program charterholder and the author of After the Fall: Saving Capitalism from Wall Street—and Washington (2011).

Gelinas has published analysis and opinion pieces in the New York Times, Wall Street Journal, Los Angeles Times, and other publications. Before coming to City Journal, she was a business journalist for Thomson Financial, where she covered the international syndicated-loan and private-debt markets. Gelinas holds a BA in english literature from Tulane University.

Against the Motion: Richard Brodsky 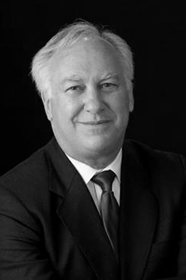 Richard has received the Rockefeller College of Public Affairs Distinguished Public Service Award, the Martin Luther King, Jr. Award, the United Federation of Teachers Friend of Education Award, the International Association of Firefighters Achievement Award, the New York State Audubon Society William B. Hoyt Environmental Award, and the Adirondack Council Conservationist of the Year Award along with many others.

Richard is a graduate of Ardsley High School, Brandeis University and Harvard Law School. He is now in the private practice of law and serves as an adjunct faculty member at NYU Wagner. 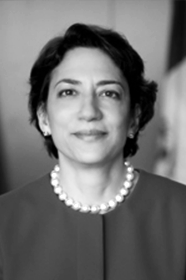 Polly Trottenberg is the Commissioner of the New York City Department of Transportation. Appointed by Mayor Bill de Blasio in January 2014, Commissioner Polly Trottenberg leads the nation’s largest municipal transportation agency — with over 5,000 employees and a $17 billion 10-year capital plan. As Commissioner, Trottenberg directs the agency’s mission — focusing on mobility, safety, equity, sustainability and economic growth in DOT’s oversight of roads, bridges, bicycle and pedestrian infrastructure and the Staten Island Ferry.  Under her leadership, DOT has expanded street resurfacing and reconstruction, increased bridge rehabilitation and construction, improved bus performance, and expanded the bike network to over 1,240 miles.

She has led Mayor de Blasio’s Vision Zero initiative to eliminate roadway fatalities. New York City has redesigned hundreds of city streets and achieved legislative victories in lowering the City’s speed limit to 25 MPH. Under Vision Zero, the City has seen its fewest-ever
traffic fatalities. Commissioner Trottenberg serves on the Board of the Metropolitan Transportation Authority (MTA) and chairs TRANSCOM.

With more than 25 years of career public service, Commissioner Trottenberg most recently served as USDOT’s Under Secretary of Transportation for Policy, under the Obama Administration. She also worked under U.S. Senators Charles Schumer, Daniel Patrick Moynihan and Barbara Boxer. Trottenberg graduated from Barnard College and received her Masters in Public Policy from Harvard University’s Kennedy School of Government.