“Should the government cancel student debt?”

Due to the evolving health and travel concerns around COVID-19, tomorrow’s event has been postponed. We are collaborating with our speakers and planning to reschedule the debate for a later date. As a registrant of this event, you can expect to receive more information once future plans are confirmed.

Thank you again for your interest in Debates of the Century @NYU Wagner. We look forward to seeing you soon.

Student debt in America is reaching crisis levels: today, it affects more than 40 million people, and disproportionately hurts communities of color. As the crisis worsens, there is an increasing consensus that something must be done to give relief to student borrowers. But what’s the best path forward?

On Tuesday, March 10 from 6:30pm to 8:00pm, join The Century Foundation (TCF) and NYU Wagner for a debate: “Should the government cancel student debt?”

Hear two leading higher education experts debate the merits and drawbacks of canceling $1.5 trillion in outstanding student loan debt. Would eliminating debt in its entirety help narrow the racial wealth gap, or simply benefit high-income borrowers? Would doing so help or hurt the economy? Would canceling it really address the underlying drivers of debt?

The event, part of TCF and NYU Wagner’s Debates of the Century @NYU Wagner series, will feature Alexis Goldstein of Americans for Financial Reform arguing in favor of total debt elimination and TCF’s Robert Shireman arguing against the motion. Zakiya Smith Ellis, secretary of higher education for the state of New Jersey.

For the Motion: Alexis Goldstein 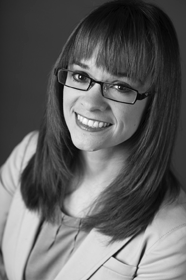 Alexis Goldstein is a writer, activist, and advocate. She currently serves as senior policy analyst at Americans for Financial Reform, a nonpartisan and nonprofit coalition of more than 200 groups that fights for a safer and fairer financial system.

Goldstein was an activist in Occupy Wall Street, co-founding the group Occupy the SEC which focused on improving the Volcker Rule, a regulation meant to decrease risks at Wall Street megabanks. She also helped organize with the Debt Collective during their work fighting for debt cancellation with former students of Corinthian and ITT.

She is a contributor to Truthout and has also written for The Washington Post, The New Republic, and The Nation. She has also appeared on MSNBC, CNN, HBO’s Realtime with Bill Maher, and PBS’s Frontline.

Prior to her work in advocacy, she spent seven years working in technology on Wall Street at Morgan Stanley, Merrill Lynch, and Deutsche Bank.

Against the Motion: Robert Shireman 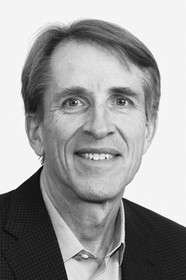 Robert Shireman is the director of higher education excellence and a senior fellow at The Century Foundation working on education policy with a focus on affordability, quality assurance, and consumer protections.

He served in the Clinton White House as a senior policy advisor to the National Economic Council, and in the Obama administration as deputy undersecretary of education. In 2004 he founded The Institute for College Access & Success, and in 2011 launched the policy organization California Competes.

In his various roles since 1989, Shireman has led successful efforts to reform student loans, streamline the financial aid process, promote campus diversity, and protect consumers from predatory colleges. He has shepherded the evolution of the nation’s income-based student loan repayment system from its initial adoption in 1992 to its expansion and improvement by President Barack Obama. He organized the federal response to emerging signs of predatory for-profit career training in 2009, leading to a widely discussed set of regulatory reforms and enforcement actions. Shireman’s analysis of local needs in California prompted changes in the funding formula for that state’s community colleges, following on his earlier work to improve the ethnic and economic diversity of California’s private colleges. He led an effort that significantly simplified the process of applying for federal college aid, and pressed for and ultimately won the elimination of costly middlemen from the federal loan programs so that more grant aid could be made available to low-income students.

Under Shireman’s leadership, in 2018 The Century Foundation won a contract with the State of California to develop recommendations for reforming the state’s approach to college affordability. In addition to his role at Century, Shireman serves on the board of uAspire, a national nonprofit that helps low-income students find quality, affordable college options, and The Opportunity Institute, an education policy think tank. 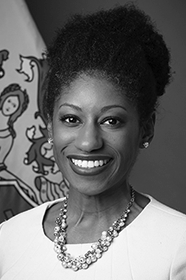 Zakiya Smith Ellis is New Jersey’s secretary of higher education, where she is responsible for policy development and coordination of higher education activities for the state. In this role, she has led the development of a student-focused state plan for higher education, featuring a vision for a student bill of rights, the reform of the state’s funding methodology for public institutions of higher education, and the design of the state’s efforts to expand college affordability through tuition-free promises to low-income students. Prior to this appointment, she led the Washington, D.C. office of Lumina Foundation, the nation’s largest foundation focused solely on higher education. Dr. Ellis has also worked in the Obama administration as a senior advisor for education at the White House Domestic Policy Council and as a senior adviser at the U.S. Department of Education. Dr. Ellis holds a bachelor’s degree in political science and secondary education from Vanderbilt University, a master’s degree in education policy and management from the Harvard Graduate School of Education, and a doctorate in higher education management from the University of Pennsylvania, where she graduated with distinction for both written dissertation and oral defense.