“America should embrace the undocumented and expand immigration.”

Immigration has become one of the most explosive and polarizing issues of the 2016 presidential campaign. Most everyone, regardless of political affiliation, seems to agree that our current immigration system is broken. For years we have been talking about what to do about the 11 million undocumented individuals that now make up 3.5 percent of the US population. Does it make sense to keep the undocumented in legal limbo, while they pay taxes, participate in our communities, and send their children to public schools? Unease about immigration rose another notch recently when the terrorist attacks in Paris and San Bernardino by ISIS sympathizers reminded us that getting immigration right is not just a matter of equity and economics but national security. The problem is that nothing approaching a national consensus has formed on how to fix it.

Policy solutions run the gamut and include mass deportation, building walls on our porous borders, excluding whole categories of immigrants, creating a monitoring system that would weed out potential security threats, limiting immigration to highly skilled workers, or undertaking a comprehensive reform that includes “a path to citizenship” for the undocumented. Immigration advocates claim comprehensive reform will strengthen the overall economy, increase US GDP, foster innovation, create jobs, and even reduce the federal deficit by 25 billion dollars. Opponents of this kind of reform argue that accepting waves of low-wage workers actually puts downward pressure on national wage rates, that “a path to citizenship” effectively means granting amnesty to those who have broken our laws, and that the prospect of an amnesty would create a rush across our borders by more illegal immigrants.

For the Motion: Marielena Hincapié 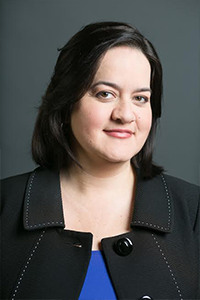 Marielena Hincapié is the executive director of the National Immigration Law Center, the main organization dedicated to defending and advancing the rights of low-income immigrants in the U.S. Under her executive leadership, NILC has grown to be one of the premier immigrants’ rights organizations, strategically using a combination of litigation, policy, communications, and alliance-building strategies to effect social change. Fully bilingual and bicultural, Ms. Hincapié serves as a resource to immigrants, advocates, policymakers, and media alike. She is often interviewed by media outlets such as Los Angeles Times, The Hill, Univisión, Telemundo, MSNBC, the New York Times, and the Washington Post, among others. She also is a frequent lecturer at national and international conferences. Whether litigating important legal precedent-setting cases, testifying before Congress, meeting with President Obama or with low-income immigrant families, she is recognized as a passionate advocate and authentic leader.

Among the awards Ms. Hincapié has received are Univision’s Corazón Award for 2013, in honor of her commitment to the Latino community. In 2014, she received the Latina of Influence award from Hispanic Lifestyle, the National Public Service Award from Stanford Law School, and was selected as a Prime Mover Fellow by the Hunt Alternatives Fund. She also recently served as the Northeastern University School of Law Daynard Distinguished Visiting Fellow and the Practitioner-in-Residence at the Thelton E. Henderson Center for Social Justice at the University of California, Berkeley, School of Law.

Ms. Hincapié immigrated as a child from Medellín, Colombia, to Central Falls, Rhode Island. She is the youngest of 10 children.

Against the Motion: David Frum 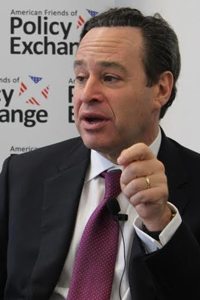 David Frum is a senior editor at The Atlantic and chairman of the board of trustees of the UK think tank, Policy Exchange. In 2001-2002, he served as speechwriter and special assistant to President George W. Bush; in 2007-2008, as senior adviser to the Rudy Giuliani presidential campaigns.

Frum is the author of eight books, including most recently the e-book Why Romney Lost and his first novel, Patriots. His first book, Dead Right, was described by Frank Rich of the New York Times as “the smartest book written from the inside about the American conservative movement” and by the late William F. Buckley as “the most refreshing ideological experience in a generation.” His memoir of the Bush administration, The Right Man, was a #1 New York Times bestseller.

He and his wife, Danielle Crittenden Frum, live in Washington DC and Wellington, Ontario. They have three children. 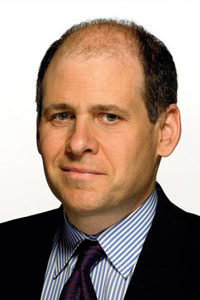 Jonathan Alter is an award-winning author, reporter, columnist and television producer and analyst. He is the author of three New York Times bestsellers: “The Center Holds: Obama and His Enemies”(2013), “The Promise: President Obama, Year One” (2010) and “The Defining Moment: FDR’s Hundred Days and the Triumph of Hope (2006), also one of the Times‘ “Notable Books” of the year. Since 1996, Alter has been an analyst and contributing correspondent for NBC News and MSNBC, appearing on-air two or three times a week. After 28 years as a columnist and senior editor at Newsweek, where he wrote more than 50 cover stories, Alter is now a twice-monthly columnist for the Daily Beast. He has also written for The New York Times, The Washington Post, The Washington Monthly, Rolling Stone, The Atlantic, The New Yorker, Vanity Fair, The New Republic, Esquire, Bloomberg View and other publications. He is an executive producer of “Alpha House,” a half-hour political comedy created by Garry Trudeau and starring John Goodman that is available for viewing on Amazon.com. He is at work on a full-length biography of former President Jimmy Carter and is producing a documentary about the lives of legendary journalists Jimmy Breslin and Pete Hamill.